Do Looming Debt Maturities in Commercial Real Estate Portend that the Worst is Yet to Come for the Job Market?

For detailed results and additional information on survey methodology:

“Many are pessimistic about the job outlook for real estate, given concerns in commercial real estate, implying that the worst may be yet to come,“ notes Dr. David Funk, director of the Cornell Program in Real Estate, which conducted the study, adding, “but the Job Barometer 2009 indicates that the bottom may have hit in 2009, and that the lag effect will be shortened due to an extensive and prolonged shedding of real estate jobs.“ The Job Barometer Report assesses commercial real estate job opportunities on a continuous basis, and is conducted by Cornell University and the SelectLeaders Job Site Network, which includes the industry’s leading news site and12 top Professional Associations, whose members control or direct nearly 90% of US commercial real estate.

September 2009 was the lowest point in commercial real estate opportunities since the inception of the Job Barometer, and not a single month of job activity in 2009 bested the worse month in 2008. From the peak in June 2007 to the low in September 2009, there has been a decline of 83% in the number of commercial real estate job opportunities. There were 40% more commercial real estate job postings in October 2009 than there were in September 2009, however, evidence that a slight recovery has begun. Nonetheless, the volume of maturing commercial mortgages will be highest during 2010 and 2011, and the ability of borrowers and lenders to make it through that time period is the one variable that is substantially affecting the real estate job market (see chart below). This uncertainty is a cause for employers to delay hiring new employees until they see how the loan maturities play out. 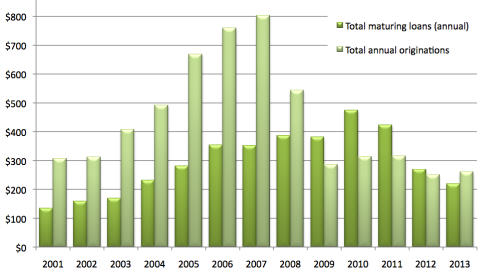 What does this imply for the commercial real estate job market? Anthony LoPinto, Founder of SelectLeaders, a leading real estate job site network, anticipates that there should be growing job opportunities in workouts, acquisitions of distressed assets, and asset management, although it may take 12, even 24 months, for those positions to materialize. If you follow the opportunities, a job seeker would orient his or her resume towards asset management and property management experience, which becomes very apparent to a reader of the 2009 SelectLeaders/Cornell Job Barometer.

Selected findings from the Job Barometer report include: 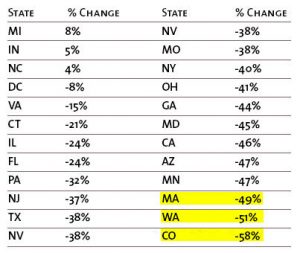 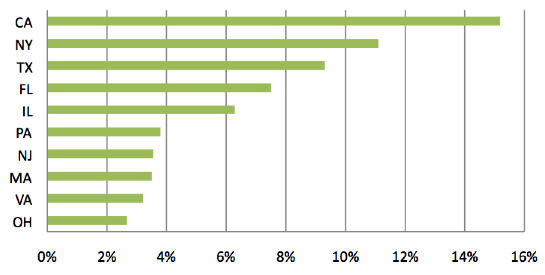 As 2010 unfolds, unemployment stands at 10%, while the underemployment rate — which includes part-time workers who’d prefer a full-time position and people who want work but have given up looking — now is 17.3%. The share of the population in the labor force — 64.6% — fell to the lowest level in 24 years. The ominous clouds of concern noted for the commercial real estate job market in 2008 turned into an all-out storm in 2009, and outpaced the overall job market in terms of decline. There was not a single month during 2009 where job opportunities exceeded the lowest month in 2008. The high point of 1,081 professional, commercial real estate job opportunities posted in June had fallen to a mere 254 by September 2009, representing a 77% fall, peak to trough, in roughly a one-year timeframe. Perhaps more telling, 2008 saw an average of 760 commercial real estate job postings per month, while that number had fallen to an average of just 420 per month in 2009, an average fall of 44%. In the midst of this job decline, you will find in this report that job seekers remain resilient, as over 74,000 individual resumes were submitted via the SelectLeaders Job Network in 2009, which is the same number as the previous year, yet chasing far fewer jobs. As Darwin would conclude, “Only the adaptable survive.” This report finds Commercial Real Estate professionals adapting and surviving in 2010. 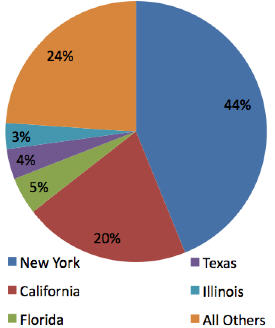 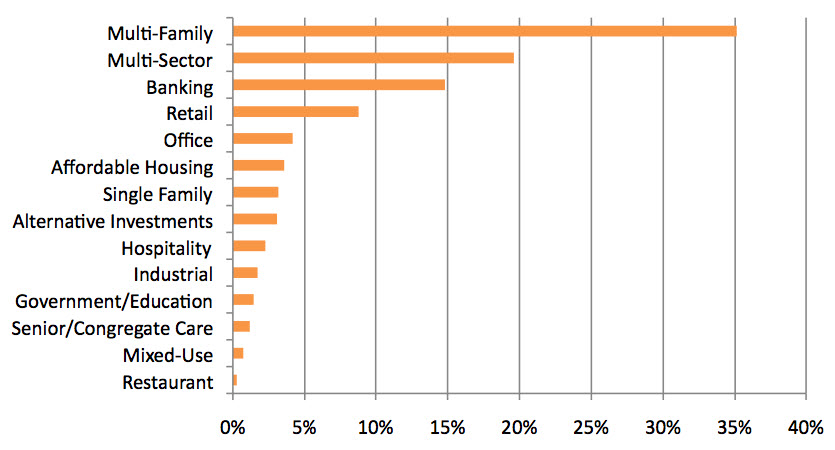 For detailed results and additional information on survey methodology: